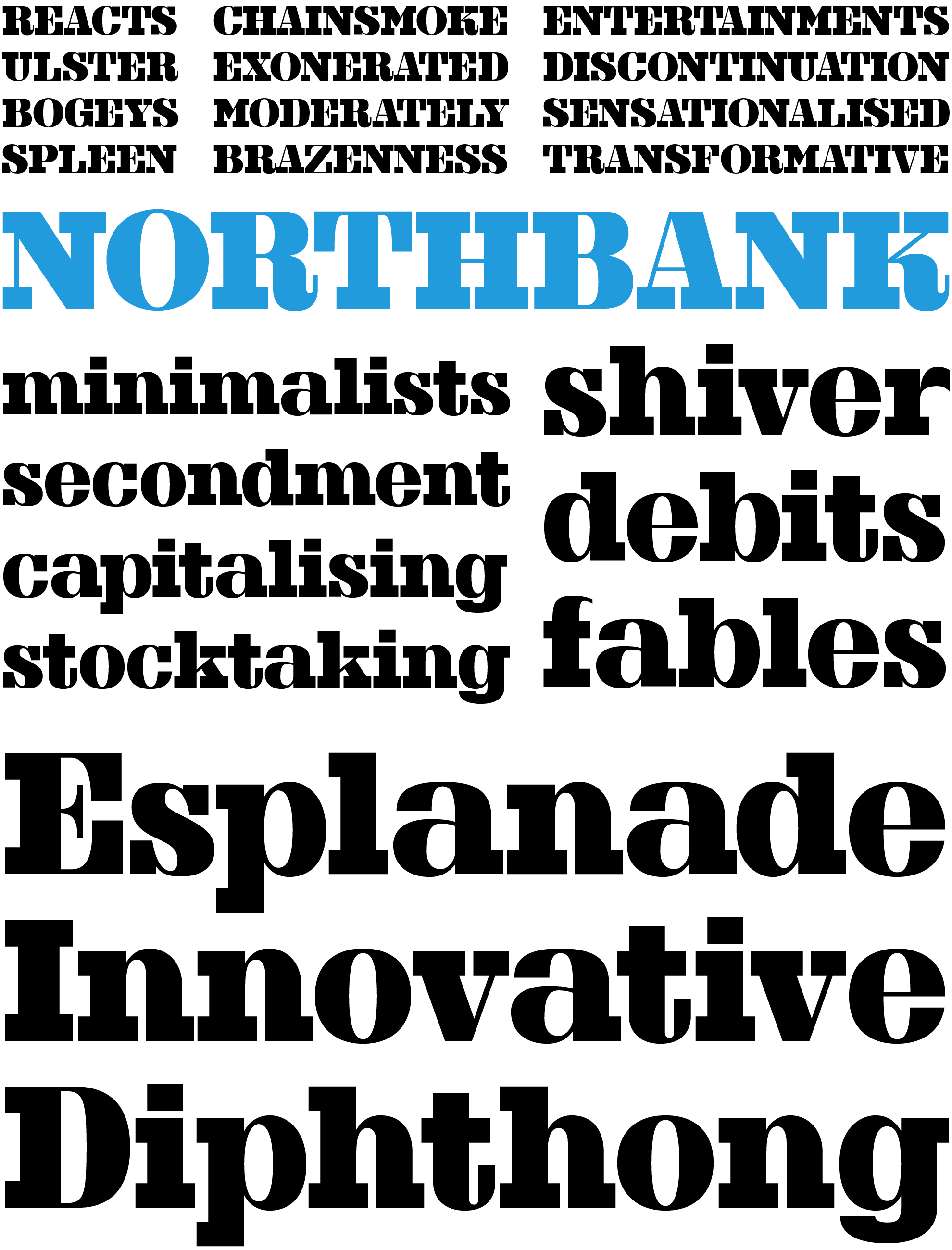 LDN Northbank is a hybrid single weight slab serif designed by Paul Harpin, one of two new interlinked Egyptian style typefaces inspired by London during the Festival of Britain era.

Paul was influenced by his research into the many brilliant graphic designers studying at London’s Royal College of Art in the early 1950s; mid-century modernism with a twist.

Both fonts pay tribute to the great designers of that time, the likes of of FHK Henrion, Gordon Cullen and especially Charles Hasler, chairman of the Typographic Panel for the 1951 Festival.

Click below to select the licence option you require and purchase the font for immediate download. Desktop fonts are in OpenType format for use on Mac & PC computers; web fonts come in WOFF2, WOFF & EOT formats for self-hosted websites.