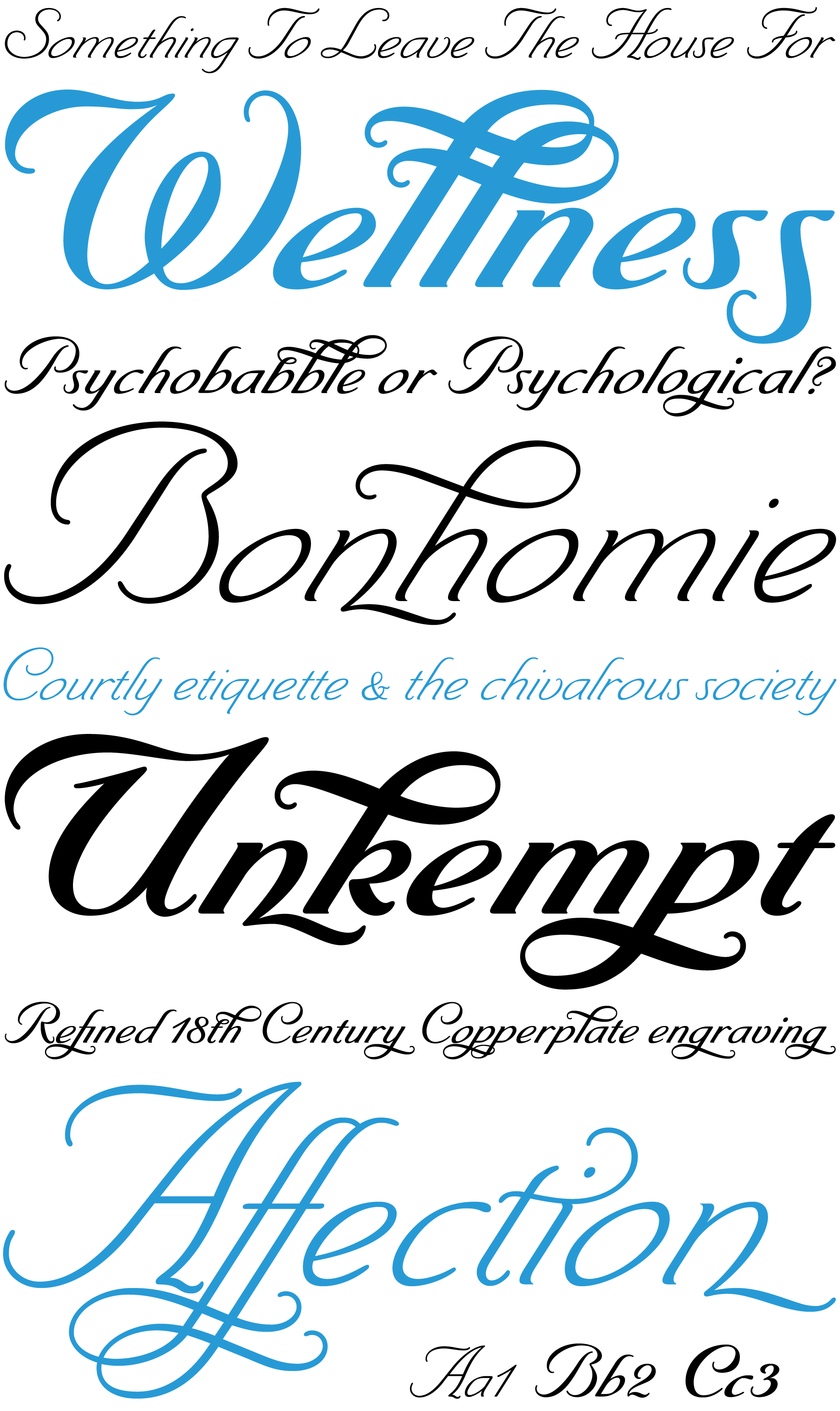 LDN Piccadilly Script is based on another metal font design discovered by Pat & Paul Hickson in ‘Printing Types of the World’, published in 1931 by Pitmans.

“We have tried to capture the grace and elegance of the 1930’s but also the refined flowing lines of 18th century copperplate engraving too, with many ligatures designed and added to echo this”, says Paul.

The typeface was originally cut by the Hicksons in the 1980’s for QBF and later marketed under the name Byron. It has since undergone a major overhaul, with many glyph refinements including sharper terminals and greater contrast, plus the extension of the character set with many new alternates and ligatures.

Two heavier weights, Medium & Bold, were added in January 2022 to accompany the Light.

Click below to select the licence option you require and purchase the font for immediate download. Desktop fonts are in OpenType format for use on Mac & PC computers; web fonts come in WOFF2 & WOFF formats for self-hosted websites.